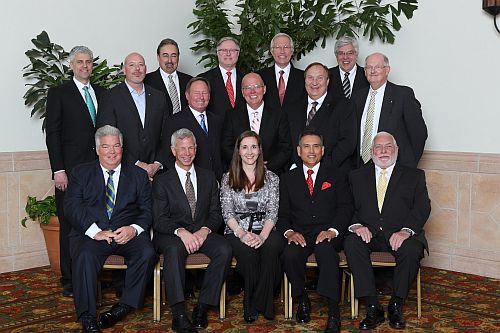 TMHU selects its top dealers, representing approximately the top 20 percent of the dealer body, each year from its North American network of dealers, recognizing them for demonstrating excellence in parts, service and equipment sales, customer satisfaction and overall dealership operations. This year, 15 winners earned the coveted award and were acknowledged at Toyota's National Dealer Meeting in Palm Springs at the La Quinta Resort & Club.

The President's Award, TMHU's highest honor, has been awarded to select dealers since its inception in 1990 to acknowledge their outstanding business accomplishments. To demonstrate the company's appreciation, each President's Award recipient received an exquisite Tiffany & Co. crystal award. TMHU also is hosting a trip to Costa Rica for the award recipients.